During the wipe we did introduce new help in our team also on the side of the developers which is really exciting for us and opens new doors again. Our main goal is of course prioritize the issues and fixing those as soon as possible, but also create something new and exciting!

There are plans, that shouldn’t be spoiled just yet, but I’m sure that many of you will love them! Even though this update is quite short on our side, it did cost us a lot of time in terms of preparations. Are you ready?

You might have recognized the mysterious screenshot in the preview on the very top of the post. Have you? No more hints beyond this point… Custom map is back!

Already last wipe we did mention, that we in 99% found the issues of the map that did cause the base crumbling. We didn’t experience any oddities happening with this particular map during the testing either! Don’t get too excited yet though! The work that has been done on the map was very minimal! I did not attempt to fix the roads and other Facepunch issues, however I did focus on adding Area51 back!

The map is the usual 4500 size. You will be able to find the Area51 again, this time without the security under the ground though! Some of you did report in the past, that the scientists were shooting through the wall and I did experience it myself, so before they are back, the monument needs to undergo some small cosmetic reconstruction to prevent the Scientists killing you even through the wall. At the same time there were small zone issues, that make the Scientists immortal. We will be working on further fixes to bring those guys back to protect the A51 better again!

Heli island and the Death Match arena are back as well so that we are not forced to take extra space from all of you that you could use for the building!

PLEASE NOTE: This is an ultimate test! If this concept works and we can confirm, that we really know how to find the issues immediately, then we will continue with the maps in the future as well! Those will be in the simplified version though since I won’t be able to put as much of time into them as I could in the past. I will do my best to bring always something extra and exciting, however my time will be slightly more limited since next month! I’ll find my way though! 🙂

For now, we are not using any prefabbed town. Though the player built ones bring us some more possibilities in what everything we can add!

Our brand new Assistants Aimie and Seddy are brigning you new additions in the town! The main community building with all important deployables such as recycler or workbench, got a new coat and is brought to you by Aimie. Seddy created really cozy casino for everyone which means – no more queuing at the slot machines in the Bandit camp! Next addition will be also the Marketplace, so you can newly order your drone delivery from the town as well!

Until now we did run a great PVE plugin made by Operator. One of our biggest fears was the plugin breaking down during his absence and it has been spinning in our mind for really long time, that we would rather go back to the TruePVE since that one is well maintained and receives lots of updates. We also know, that there were issues with cars being able to kill you if you were squished to the wall and similar. Unfortunately, due the Operator’s inactivity, those issues were never resolved. Switching to the TruePVE was no option either since a few plugins were made to depend on our own PVE, so we kept running in a big circle.

Switching to the TruePVE should help with solving a few issues. As I mentioned, the kill with the car is one of them. At the same time the NPC’s should no longer endlessly fight! We would like to ask you for your help though. Even though we did test everything possible we could, we know that the ultimate test is still yet to come – putting the plugin live. If you find any issues, let us immediately know through the in game bug report with: /bug issue OR open a ticket on the Discord! We will resolve the issue as soon as possible.

TruePVE should open us the door to new possibilities and there is already whole hill of the ideas in the pipeline! Stay tuned, some more will be coming soon! 🙂

Yesterday, we did start public voting about the Bradley and Heli queue system. We would like you to stop by and vote, if you haven’t already (can be found in the #voting channel) and drop some feedback into the #queue-feedback channel! Based on your feedback we can get some good idea, how to proceed during the development and take your concerns in account!

We hope that you are excited about the first step of the changes! Please be aware, that during the wipe, there most likely will be a mandatory patch released enabling the Easter event! We will still inform you about the additional info once we know more details 🙂

Have fun and see you all in the naked world! 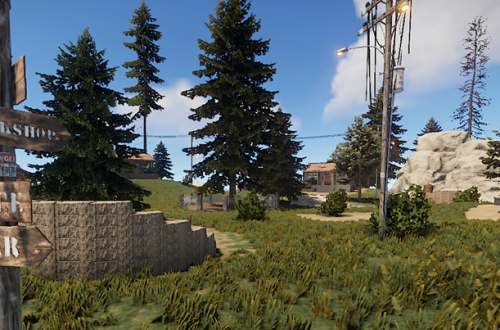 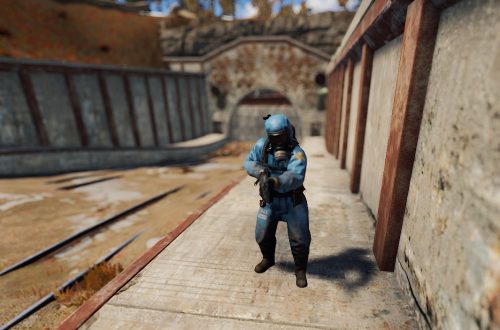 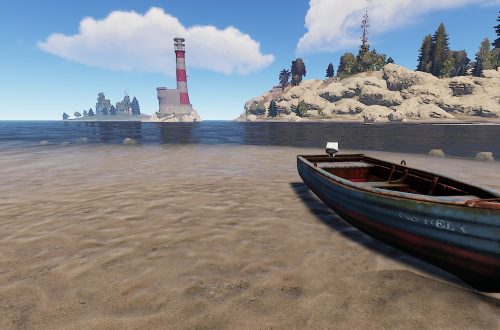